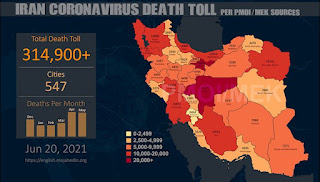 Over 314,900 people have died of the novel coronavirus in 547 cities across Iran, according to reports tallied daily by the Iranian opposition People's Mojahedin Organization of Iran (PMOI/MEK) as of Sat. June 20. 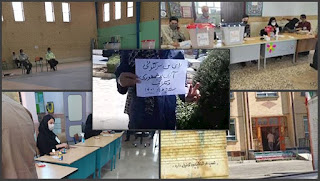 On Friday June 18, Iranian people in an 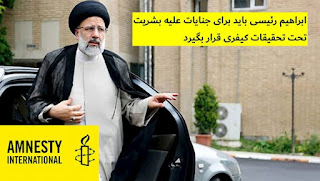 The People's Mojahedin of Iran PMOI/MEK reported on June 19 that less than 10 percent of eligible voters cast their ballots, which displays the Iranian people’s utter contempt for the regime in its entirety. The Iranian Resistance documented the process closely. According to a statement by the National Council of Resistance of Iran (NCRI), more than 1200 journalists and reporters of Simay-e-Azadi TV (The Iranian Resistance Satellite TV channel, AKA, IranNTV) from 400 cities in Iran and more than 3500 sent video clips and reports that showed empty polling stations. The mass boycott of the election happened while regime leaders pleaded for the public to go out and vote on several occasions. Regime supreme leader Ali Khamenei described the election as a “national exam.” Other senior officials from all factions of the regime begged the people to vote, described it as a necessity for national security. Alamolhoda the Friday prayer leader in Mashhad explicitly said that those who don’t vote are “voting for the MEK.” The regime resorted to other tactics such as buying votes, handing out free food and accessories, and other incentives and even threats in order to encourage people to come to the polling stations. PMOI added that the mass boycott of the election was a decisive vote for regime change and proof that the people of Iran reject all factions within the regime. Mrs. Maryam Rajavi, the President-elect of the NCRI(National Council of Resistance of Iran), described the nationwide boycott of the sham election as “the greatest political and social blow to the regime's Supreme Leader Ali Khamenei and the ruling theocracy and worthy of a historic congratulation to the people of Iran.” She added that the boycott proved and showed the world that “the Iranian people’s only vote is to overthrow this medieval regime.” Amnesty International on Friday June18, called for Ibrahim Raisi the Iranian regime's new president to stand trial for Crime Against Humanity. 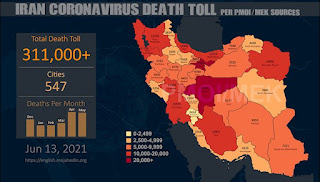 Over 311,000 people have died of the novel coronavirus in 547 cities across Iran, according to reports tallied daily by the Iranian opposition People's Mojahedin Organization of Iran (PMOI/MEK) as of Thursday June 13. 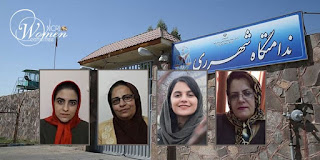 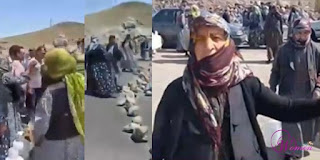 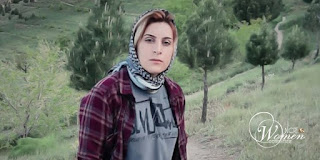 Kurdish conservationist Faranak Jamshidi was transferred to the Reform and Rehabilitation Center of Sanandaj-Iran to serve her prison term on June 10. The first branch of the Revolutionary Court of Sanandaj convened on January 23, 2021, sentencing Faranak Jamshidi to 4 years’ imprisonment. Her charge was membership in one of the opposition parties. The Appeals Court of Kurdistan Province later commuted this sentence to one year. https://tinyurl.com/5e9ey8z9 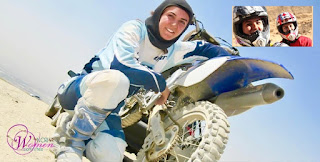 Tehran’s Revolutionary Court sentenced Baha’i Iranian motocross champion Shahrzad Nazifi, to 8 years in prison. Branch 26 of Tehran’s Revolutionary Court brought the following charges against Mrs. Nazifi: “Managing illegal groups with the aim of disrupting the country’s national security” and “incorrect motive and inner desire to destroy the religious system”! She was arrested on November 18, 2018, along with her daughter, Nora Naraghi, on the motorcycle track. https://tinyurl.com/b9n63u48
Posted by Radio Irava at 1:02 p.m. 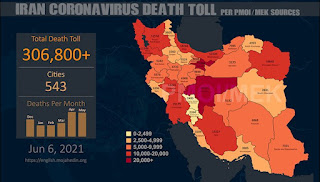 Over 306,800 people have died of the novel coronavirus in 543 cities across Iran, according to reports tallied daily by the Iranian opposition People's Mojahedin Organization of Iran (PMOI/MEK) as of Thursday June 6. 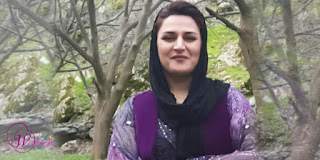 Kurdish student and civil activist Vian Mohammadi has started a hunger strike in the Central Prison of Urmia to protest her continued illegal detention. An Interrogation Branch of the Revolutionary Court of Mahabad extended the warrant for the detention of this Kurdish student activist for another month on May 31, 2021. Mrs. Mohammadi started a hunger strike on the same day in the Central Prison of Urmia, after which she was deprived of calling her family. https://tinyurl.com/337ebr6v 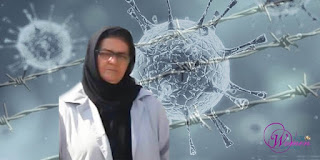 Retired teacher Nahid Fat’halian has tested positive for the Covid-19. Intelligence services have detained her in the women’s ward of Evin Prison in legal limbo since April 2020. Mrs. Fat’halian needs to receive proper treatment, while her stay in prison would threaten the health of other prisoners. Evin Prison authorities have not tested other prisoners and have not separated her from other inmates. Intelligence services arrested the retired teacher Nahid Fat’halian in mid-April 2020. Branch 15 of the Revolutionary Court of Tehran convened on September 16, 2020, to examine her charges. The charges leveled against Mrs. Fat’halian included “assembly and collusion against national security,” “propaganda against the state,” and “destruction of public properties.” https://tinyurl.com/zsvw7d3s 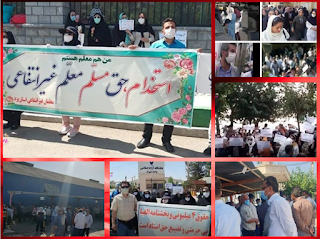 Iranian teachers with various forms of temporary contracts held protests in Tehran and Isfahan from May 29 to June 2. Young teachers have vowed to continue their protests until their demands such as their salaries, work condition, and etc... are granted. 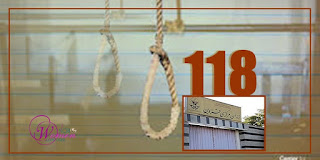 A woman was executed along with her husband in the Central Prison of Qazvin-Iran at dawn on Sunday, May 30. She was the 118th woman executed during Hassan Rouhani’s tenure as the Iranian regime's president. The couple who were cousins identified by the last name of Pir-Ostovan. The woman’s first name is not known. They were arrested 8 years ago on Qazvin-Karaj Highway and sentenced to death in their first court hearing on charge of drug-trafficing. Mrs. Pir-Ostovan is the first woman executed after the amendment of the law on punishment of drug-related crimes in 2017. The amendment banned executions on drug-related charges. 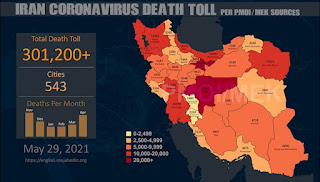 Over 301,200 people have died of the novel coronavirus in 543 cities across Iran, according to reports tallied daily by the Iranian opposition People's Mojahedin Organization of Iran (PMOI/MEK) as of Thursday May 31. 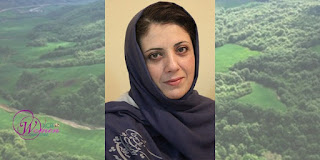 Environmental journalist Elaheh Mousavi has been once again summoned for exposing a case of overexploitation of jungles and deforestation in Mazandaran. The 13th Interrogations Branch of the Public and Revolutionary Prosecutor of Sari, capital of Mazandaran Province in northern Iran, has summoned her. Environmental journalist Elaheh Mousavi has been summoned to court several times for exposing cases of overexploitation of forests and environmental pollution. In a tweet addressed to the mullahs’ Judiciary Chief Ebrahim Rai’si, who is also Khamenei’s nominee for the upcoming sham presidential election in Iran, Elaheh Mousavi wrote: “Mr. Rai’si! Those who expose and struggle against corruption were supposed to be honored, not prosecuted!” https://tinyurl.com/2hb8yeac 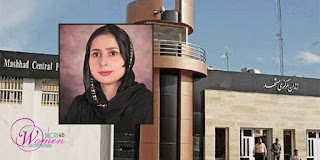 Kurdish political prisoner Sakineh Parvaneh has been on a hunger strike since May 22, as part of her protest against being denied medical treatment in Mashhad Vakilabad Prison. She is also continuing her strike to protest her continued deportation to Mashhad Central Prison (Vakilabad). Kurdish 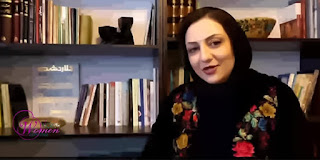 writer and researcher Mojgan Kavousi also was on a hunger strike for 10 days (since May 16) in Evin Prison. She ended her hunger strike on May 25. She went on strike to protest the authorities’ violation of imprisonment laws and regulations, the execution of prison sentences, and prison officials’ discriminatory treatment regarding prison leaves during the Coronavirus outbreak. https://tinyurl.com/sm2j4nsw 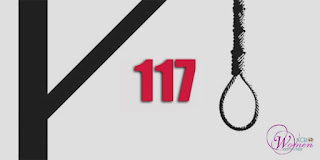 A woman was hanged Sunday morning, May 23, in the Central Prison of Yazd-Iran. She's been identified as Kobra Fatemi 41 years old. She was imprisoned for her husband's murder since 2015. Kobra is the 117th woman executed during Hassan Rouhani’s tenure as the Iranian regime’s president. More than 4300 people have been executed in Iran during Rouhani’s tenure. As of now, they include 117 women. https://tinyurl.com/4zdw4zfx 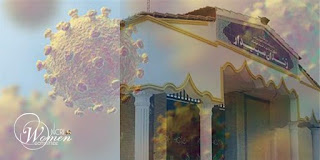 According to the NCRI women's Committee, reliable reports from Iran say the women’s ward of Sepidar Prison in Ahvaz is experiencing a new wave of Coronavirus outbreaks. Ahvaz is the capital of the southwestern oil-rich province of Khuzestan in Iran. Women's Committee of the National Council of Resistance of Iran added: Instead of attending to the sick and transferring them to civic hospitals, Sepidar Prison authorities have banned inmates from making telephone calls to their families. Despite the new wave of outbreaks, prisoners are not tested. They are detained in a limited space without sufficient hygienic products. The place used for the quarantine of infected prisoners is separated by bars from the main ward, and they go to the same place for fresh air. Last year, this time, some 50 female inmates contracted the virus. https://tinyurl.com/wcjvvda9