The Iranian regime secretly executed Kurdish political prisoner Hedayat Abdollahpour 21 days ago without informing his family and lawyer. The regime also refused to hand over the deceased body to his family for burial, instead, they buried him in a secret location.  According to the leading Rights group Iran Human Rights Monitor (IRAN HRM), Abdollahpour’s father was told upon his arrival at the Implementation Unit of the Urmia Judiciary, that his son was executed on May 21, after he was moved to an undisclosed location on May 9. 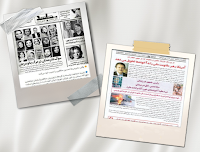 reported June 10 that the Iranian regime, to justify its crimes and pursue its demonetization campaign against its main opposition, the People’s Mojahedin Organization of Iran (PMOI/MEK), has

dedicated a vast part of the Ministry of Intelligence and Security (MOIS) to this work. This time they used Marjan, a renowned and famous Iranian singer, who joined the MEK and continued her activities against the Iranian regime alongside the Iranian Resistance abroad, and passed away on June 6 at a hospital in Los Angeles. Her death saddened all the Iranian people, including artists and athletes and political prisoners inside Iran, who shared messages of condolences on their social media accounts and elsewhere. When the messages of condolences increased, the MOIS conducted a fake news, issuing a fake MEK publication intending to pressure those who condoled Marjan's passing, to take a stand against the resistance. The MEK spokesperson said, MEK Journal has not been published for sometimes now and news and articles are published on www.mojahedin.org
Marjan was put to rest on Sat. June 13, 2020 in Los Angeles cemetery in US.

Political prisoner Maryam Akbari Monfared was orally summoned to the Evin Courthouse on Wednesday, June 10 but she refused to turn out for the hearing. She stated that the reason for her refusal to appear in court was that she had not received a written notice from the court and that she had been denied access to a lawyer. The new charge leveled against Maryam Akbari is her chanting slogans on the night of February 11, 2020, the anniversary of the 1979 Iranian Revolution which toppled the Shah. Maryam Akbari Monfared, 45, mother of three girls, was arrested in late December 2009, after she contacted her siblings who are members of the opposition People’s Mojahedin Organization of Iran (PMOI/MEK). She was arrested and charged with Moharebeh or waging war on God through collaboration with the PMOI. Maryam was essentially deprived of access to legal counsel and was sentenced to 15 years in prison in a 5-minute trial. She is serving her 11th year in Evin Prison without even a day off.
On Saturday night, June 6, the Evin Prison authorities informed Atena Daemi that she had been summoned to the Evin Courthouse on the morning of June 7. Atena appeared in court presuming that the hearing was related to her previous case. But she realized upon arrival that this was a new case and she was accused of disrupting the prison’s order by chanting slogans on the night of February 11, 2020. Atena Daemi denied the allegations during her interrogations. Political prisoner Atena Daemi, a civil activist defending children’s rights, was arrested on October 21, 2014. She was sentenced to 14 years in prison on March 14, 2015, for her peaceful civil activities, on charges of “propaganda against the state”, “association and collusion against national security”, “insulting the leader”, and “hiding the evidence of crime.”  Atena Daemi was freed on February 15, 2016, after serving 16 months and her sentence was subsequently decreased to 7 years. But she was violently re-arrested on November 26, 2016 and taken to Evin Prison to serve her sentence.

Eight inmates infected with Covid-19 have been abandoned without any care in Women's prison Qarchak in Iran. At the same time, political prisoner Zeinab Jalalian who is also infected was taken to a civic hospital but after being examined, she was returned to jail to the room where non-infected prisoners are held. Despite doctors’ recommendations and the normal procedure for any Covid-19 patient, Zeinab Jalalian who is serving her life sentence was returned to jail on June 9 and taken to the room where Kurdish lawyer and political prisoner Soheila Hejab is being detained. Ms. Hejab is not sick and is now at risk of the contagions.