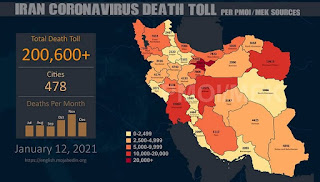 The People’s Mojahedin Organization of Iran (PMOI/MEK) announced on Tuesday, January 12, 2021, that the Coronavirus death toll in 478 cities had exceeded 200,600. Amnesty International in reaction to remarks by Ali Khamenei, Iranian regime's supreme leader on Fri Jan. 8, that banned Covid vaccine in the county said: Iran's Supreme Leader banning lifesaving #COVID19 vaccines from the UK and US to millions of people in Iran is in step with the Iranian authorities' decades-long contempt for human rights, including the right to life and health. 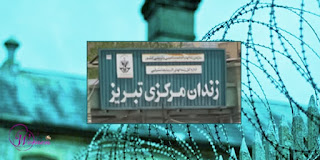 The pressure of forced labor in Tabriz Prison drove one of the female inmates to cut her wrist. But prison authorities claimed that she had done so because of family problems. Massoumeh Bahrami cut her wrist on Sunday, January 3, 2021, and was transferred to the prison’s clinic. Ms. Bahrami, 28, is imprisoned on drug-related charges. Tabriz Prison’s authorities reportedly forced female inmates to wash all the blankets and carpets of their ward in the courtyard in the severely cold weather of Tabriz. The frail women were also forced to move their beds to the yard and paint them. The women were compelled to do forced labor in Tabriz Prison while the weather was -1 degree Celsius during the day and -4 degree Celsius at nights. https://tinyurl.com/y6yjf73h 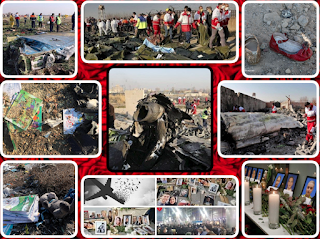 On the first anniversary of the downing of the flight 752 by the Iranian regime's IRGC near the capital Tehran, the families of the victims organized memorial for their loved ones. On Jan. 8, 2020 the Iranian regime shot down the Ukrainian airplane leaving Tehran for Kiev and killed all 176 people on board. 55 of the 147 Iranians on board were Canadian Citizens. Canada has marked Jan. 8 as the national day for victims of air disasters. Similar commemorations were held in Toronto as well. 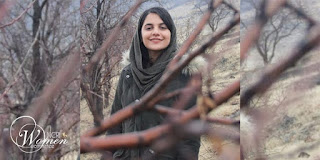 Branch 28 of the Revolutionary Court of Tehran convened on Tuesday, January 6, examining the charges against political prisoner Forough Taghipour, 25, and her mother, Nassim Jabbari, 58. They were arraigned with the charge of “propaganda against the state. ”The Sharia judge presiding the court threatened to level the charge of “Moharebeh (waging war on God)” against Forough Taghipour, presently detained in Qarchak Prison, and her mother, Nassim Jabbari, who is out on bail for the time being. Forough Taghipour rejected the charge and did not accept it, saying she was innocent but the sharia judge Amouzad made threats to summon her interrogator to the court. Under the clerical regime’s laws, Moharebeh or waging war on God is punishable with the death penalty. Suspicions are that Amouzad is planning to drive the case in this direction. Forough and her mother along with Zahra Safaei and her daughter Parastoo Moini were arrested on Feb. 24, 2020. Forough Taghipour contracted the COVID-19 in Qarchak Prison. https://tinyurl.com/y5ab2bja 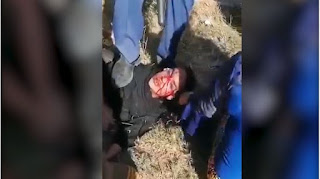 The Prosecutor’s Office of Abadan-Iran, Branch 7, ordered the arrest of Bahareh Cheshm Berah, who was badly injured after inhumane treatment by a security agent in the Berim District of Abadan late last October. Simultaneous with the arrest warrant issued for Bahareh, her assailant, Mehdi Kazemi, was exonerated, her lawyer and a journalist from Khuzestan reported. On October 22, 2020, a video clip circulated in social media of a young woman Bahareh in Abadan with bloody face being held on the ground while a security agent for the Oil Company touched her inappropiateley and put his foot on her chest. The person behind the harrowing incident was Jahan-Nejadian, a high-ranking manager of Abadan Oil Refinery and an operative of the Revolutionary Guard Corps (IRGC). The Security Force of the Berim District in Abadan also cooperated with him and brutalized the young woman. (The state-run Mardomsalari daily – October 23, 2020) The charges leveled against Bahareh Cheshm Berah include trespassing, beating and arson. https://tinyurl.com/y28x2ghn
Posted by Radio Irava at 8:41 a.m.