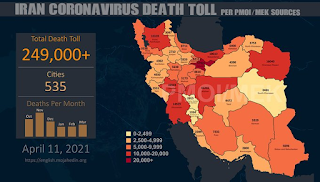 Over 249,00 people have died of the Coronavirus in 535 cities across Iran, according to reports tallied daily by the Iranian opposition, People's Mojahedin Organization of Iran (PMOI/MEK) as of Thursday April 11. 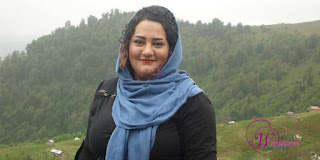 23 days after her forcible exile, political prisoner Atena Daemi was transferred to the general ward of Lakan Prison of Rasht, the capital of northern Gilan Province, on April 8. She was detained longer than usual in the quarantine ward. This is while new arrivals are not quarantined before being sent to the wards. Political prisoner Atena Daemi was abruptly banished to Lakan Prison of Rasht on Tuesday night, March 16, 2021. The forcible relocation of Atena Daemi took place on the eve of the Persian New Year on March 20. Atena Daemi had not been informed in advance, and she was not allowed to pack her belongings or contact her family. Prison guards put cuffs on her hands and feet and removed her from the women’s ward of Evin Prison. Atena Daemi was among the signatories of a letter protesting the forcible relocation and banishment of political prisoner Maryam Akbari Monfared to the Prison of Semnan. https://tinyurl.com/u7yet8pc 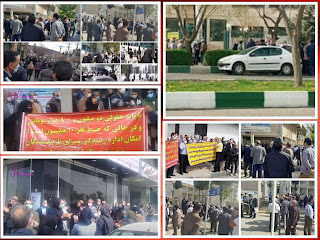