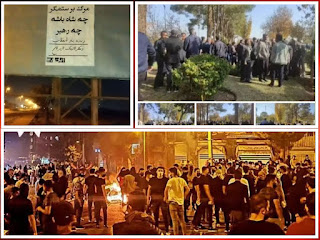 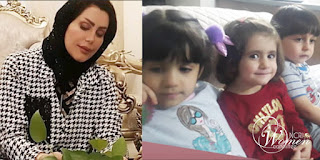 According to Women's committee of the National Council of Resistance of Iran, Unconfirmed social media reports say Fahimeh Karimi, a volleyball coach and the mother of three young children, has been sentenced to death. Mrs. Karimi was arrested in Parkdasht. She is accused of leading the protests and of beating a member of the paramilitary Bassij during the protests in PaRkdasht. She was detained in Evin Prison but recently has been moved to the Khorin Prison in PaRkdasht. https://tinyurl.com/4cn358sw 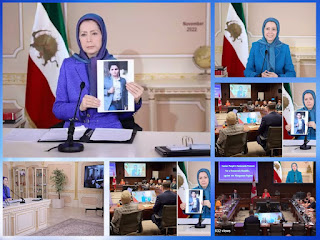 On Tuesday Nov 22nd, Mrs Maryam Rajavi the president elect of the National Council of Resistance of Iran was invited to the Canadian parliament to draw a better picture of the Iran Revolution for the MPs, Senators, and their advisers to name a few. In this conference Mrs Rajavi also highlighted what the Iranian resistance is expecting from the Canadian government. She counted 3. One-  Recognize the right of the Iranian people to defend themselves and their struggle to overthrow the regime.

2- Black listing the entire Ministry of Intelligence and the Revolutionary Guards, the main force of Khamenei's repression, on the terrorist lists of Canada and the United Nations, and third: Depriving the agents of the regime of their Canadian citizenship and expelling them from Canada. This conference was held by Judy Sgro from Liberal party, where she and members of all Canadian parties talked and ask Mrs Rajavi questions. 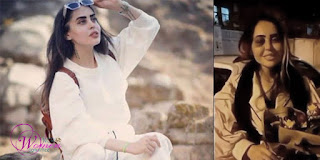 Mina Yaghoubi was released on bail at 3 a.m. on Thursday, December 1, 2022. Dark bruises around her eye showed that she had been viciously tortured while in detention. Mina Yaghoubi, 33, was reportedly arrested during protests in Arak on November 1 for throwing stones at a cemetery. She has a 12-year-old son and is a bodybuilding coach. Security forces kidnapped her outside the bodybuilding club where she worked. The Justice Department of Arak announced that Mina Yaghoubi had twice attempted to commit suicide. Once, she threw herself from the prison’s second floor, a claim by the department which Ms. Yaghoubi flatly rejected. https://tinyurl.com/ycxc8ma2 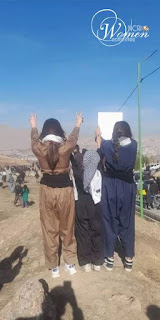 Monday, November 21, on the 67 day Iran uprising, Kurdish cities put up courageous resistance against the regime’s attacks despite the IRGC’s massive military clampdown. Young people started their nightly demonstrations in different parts of Tehran and other cities, and student protests have continued in dozens of universities. People in different cities turned the martyrs’ funerals into antigovernmental protests as well. In Mahabad, Javanrud, and other Kurdish cities in Iran, despite the regime’s heavy military attack on defenseless and unarmed people, their courageous resistance continues. They stand against the regime’s mercenaries at any cost. The people of Mahabad had brought the entire city under their control on Saturday, November 19. https://tinyurl.com/h48u72nv 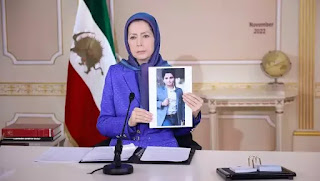 Mrs. Maryam Rajavi, the President-elect of the National Council of Resistance of Iran (NCRI), welcomed the formation of an international fact-finding commission to investigate the crimes of the Iranian regime. It is necessary to inspect the known and secret prisons of the religious fascism ruling Iran, especially the prisons of the Ministry of Intelligence and the State Security Force, she added. The Iranian Resistance has underscored this imperative for the past four decades, but the policy of appeasement towards the clerical regime has prevented it from taking place. Mrs. Rajavi reiterated that the fact-finding commission should also consider the massacre of political prisoners. The NCRI President-elect added that the absolute affirmative vote for the formation of this commission by the member countries of the United Nations Human Rights Council points to an international consensus against the clerical regime. This necessary step in dealing with crimes against humanity must be completed by taking the next step, i.e., referring the dossier to the United Nations Security Council. https://tinyurl.com/2p8eme7u
Posted by Radio Irava at 12:32 p.m. 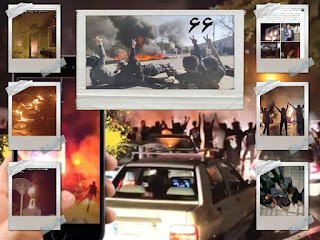 The People’s Mojahedin Organization of Iran (PMOI/MEK) announced on Sunday, November 29, on the 66th day of the uprising, the heroic people of Mahabad continue their confrontation against the brutal attack of the regime’s repressive forces. Following the dispatch of military forces, IRGC, and mercenaries to suppress the people and courageous youths of Mahabad last night and continuous shooting in the streets and at the people’s houses, today, the rebellion city of Mahabad continued its protests and strikes like the previous days. Thousands of people took to the streets again while the regime’s helicopters were flying over the city. Last night, the regime’s criminal agents extensively damaged and destroyed people’s shops and houses and caused a lot of harm to people. Terrified by the uprising of the brave people of Mahabad, the regime started mass arrests of the people and youths of the city last night. The state-run website Raja News wrote on November 29: “Last night, the security forces entered this area, monitored, identified and arrested the leaders and the main groups of rioters. … Most of the elements and agents involved in riots and demonstrations during the past days have been arrested.” https://tinyurl.com/a6dbe6nv 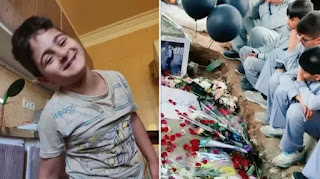 November 20 marks World Children’s Day, an occasion to promote children’s welfare. Meanwhile, under the mullahs’ regime in Iran, security forces have killed children during the major protests that have encompassed the country in the last two months. Kian Pirfalak, a ten-year-old boy from Izeh, southwest Iran, was killed by security forces on November 17. He was with his family, returning home when the oppressive forces opened fire on their vehicle.  Videos from Kian, aspiring to become a robotic engineer, soon went viral on social media. His video of making a boat for a competition while saluting the “God of the rainbow” wrenches the heart of every human being. https://tinyurl.com/yyk5m3sh 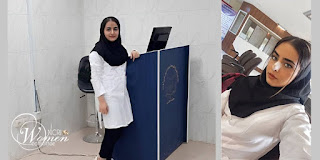 On day 63 of Iran uprising, medical student Aylar Haghi was killed during protests in Tabriz-Iran. Despite all the killings, Iranian women and men are still in the streets of Tehran and other cities, protesting the regime. On Day 63 of Iran uprising and the third day of commemorating the November 2019 uprising and its slain heroes, Iranian people, women and young men came to the streets to push for regime change in Iran. The Iranian regime mobilized some 50,000 troops in Tehran- the capital- on morning of Nov 17 to contain the protests, however, as night fell, young people took to the streets again. https://tinyurl.com/4tyfsmnf
Posted by Radio Irava at 1:28 p.m. 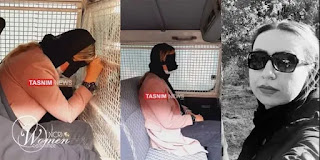 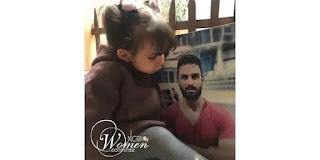 Revolution, Elham Afkari was arrested by security forces in Shiraz. Elham is the sister of Iran’s slain hero, Navid Afkari who was hanged in September 2020 for participating in a protest in Kazerun.

Elham's husband and her three-year-old daughter, Liana, were also taken into custody, but released two hours later, as announced by the Prosecutor of Shiraz. Elham’s parents went to the Intelligence Department to inquire about Elham’s condition, but they did not open the door. The state-run media have falsely reported that they arrested Elham Afkari as she was crossing the border. They accuse her of working for a Farsi language TV abroad. Elham Afkari was outspoken in seeking justice for her brother Navid, and her other brother who is still in solitary confinement. Elham is reportedly detained in #100 in the notorious detention center of the Intelligence Department of Shiraz. The Afkari family have been constantly under pressure and harassed by the Intelligence department of Shiraz. https://tinyurl.com/5n8ecfck More female activists are being arrested and detained by the Iranian regime’s security forces as Iran Revolution has continued well into its 8th week. Student activist Leila Hosseinzadeh has started a hunger strike while in detention in Adelabad Prison in Shiraz because she has been denied visitation rights for refusing to wear the Hijab during a visit with her father on November 7. https://tinyurl.com/yvb96y8u 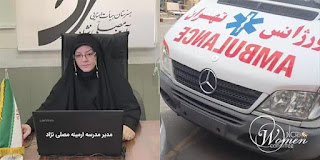 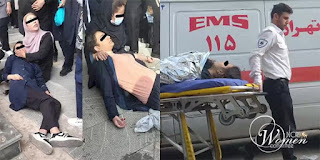 According to social media reports, the school principal of the Ermineh Mosallanejad Technical Vocational School for Girls in Shahr-e Rey called the students of all classes to take a written commitment from them not to protest. When the students refused to sign the pledge, she threatened them, beat them, and threw one of the girls down the stairs, as a result of which she went unconscious. The principal named Imenpour is married to a member of the Revolutionary Guards (IRGC). She called the security department, and they sent two ambulances to take the students. According to eyewitnesses and videos published on social media, the said ambulances did not have license plates. The clerical regime uses ambulances to transport detainees to prisons. https://tinyurl.com/533mk5kf
Posted by Radio Irava at 1:37 p.m.