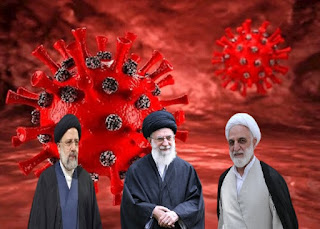 Over 392,900 people have died of the novel coronavirus in 547 cities across Iran, according to reports tallied daily by the Iranian opposition People's Mojahedin Organization of Iran (PMOI/MEK) as of Thursday, August 29. 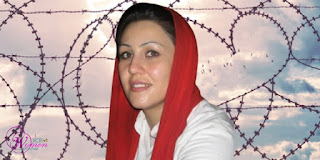 Amnesty International posted a tweet about women’s conditions in the prison of Semnan. Maryam Akbari Monfared ill-treated for seeking truth and justice, AI stated in a report published on August 27. Amnesty International wrote: “Women in Semnan Prison in Iran are enduring cruel conditions including poor access to flush toilets, shower, hygiene items and medical care for infections and lice infestation. @Mmhajmohammadi must allow inspections by international monitors including Javaid Rehman.” Amnesty International also issued an urgent action statement on August 27, in which it raised concern over the condition of political prisoner Maryam Akbari Monfared. AI said Maryam Akbari Monfared was “ill-treated for seeking truth and justice. ”The human rights organization also wrote: “Prisoner of conscience Maryam Akbari Monfared has been held in cruel and inhumane conditions in a distant prison in Semnan province far from her family since March 2021, in reprisal for her open letters condemning the Iranian authorities’ human rights violations and seeking truth and justice for her siblings who were forcibly disappeared and extrajudicially executed in secret in 1988. She has been unjustly jailed for nearly 12 years.” https://tinyurl.com/jr52r4n9 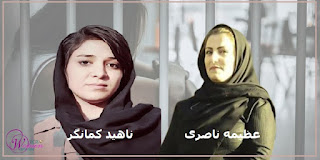 Azimeh Nasseri and Nahid Kamangar are two Kurdish women prisoners who have been tortured and threatened in order to force them to make false confessions. Both women were interrogated, tortured, and threatened in the IRGC and the Ministry of Intelligence’s detention centers. Kurdish civil activist Azimeh Nasseri was transferred from the detention center of the Revolutionary Guards Intelligence Organization in Urmia to the quarantine of Urmia Central Prison on August 26, after a month in temporary detention. Azimeh Nasseri has been charged with acting against national security. The IRGC threatened and tortured the Kurdish civil activist to force her into making false confessions against herself. Mrs. Nasseri was arrested on January 9, 2021, during the wave of arrests of Kurdish citizens. Security forces entered her residence in the guise of repairers wanting to fix the gas outage.  After 25 days of interrogation, they transferred her to the women’s ward of Urmia Central Prison on February 3, 2021. Nahid Kamangar, a resident of Kamyaran and the daughter of political prisoner Hossein Kamangar, is still detained in the women’s ward of the Sanandaj Correctional Center 51 days after her arrest. Ms. Kamangar was arrested on July 5, 2021, after being summoned by telephone to Kamyaran’s Intelligence Department headquarters. Intelligence agents transferred her to solitary confinement in the women’s ward of the Sanandaj Correctional Center. Nahid Kamangar is currently under interrogation by the regime’s security forces and tortured to make confessions against her father. The father of this Kurdish prisoner is sentenced to 15 years in prison. https://tinyurl.com/4k2kv93k 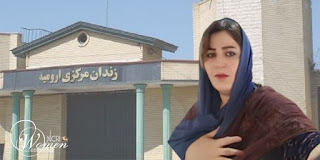 After 4 months in detention, Golaleh Moradi, a Kurdish woman is still being tortured and pressured by the Iranian regime’s intelligence services to make a forced confession. She is presently detained in the women’s ward of the Central Prison of Urmia and denied access to a lawyer. The intelligence forces want her to say what they dictate. They have threatened Golaleh Moradi to issue heavy sentences for her two detained children. The IRGC intelligence forces (Islamic Revolutionary Guard Corps) arrested Golaleh Moradi in April 2021, after Osman Haji Hosseini, a member of the IRGC in Piranshahr, was killed. After 45 days of detention, they sent her to the women’s ward of the Central Prison of Urmia. https://tinyurl.com/ny5sejwd
Posted by Radio Irava at 10:40 a.m.