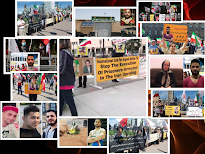 The Iranian regime hanged on Saturday, September 12, the Iranian wrestling champion #NavidAfkari. The hasty execution was carried out despite his own pleas of innocence, earnest appeals by his mother and family, as well as a global campaign to stop his execution. Navid Afkari, 27, was arrested on September 17, 2018 and accused of killing a Bassij agent, Hassan Turkman, during the August 2018 protests in Shiraz. Navid Afkari maintained that he had been forced under torture to make false confessions. https://tinyurl.com/y2a3da2w

The People’s Mojahedin Organization of Iran (PMOI/MEK) announced on Sunday September 13, that over 102,600 people have died of the novel Coronavirus in 431 cities checkered across all of Iran’s 31 provinces. 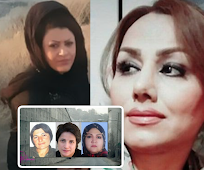 Reports say the health of political prisoners Nasrin Sotoudeh and Fatemeh Mosanna in Evin Prison and of Zeinab Jalalian is deteriorating in solitary confinement in the Prison of Kerman. There is grave concern about the lives of these female political prisoners. https://tinyurl.com/y53rzvos

Ali Younesi's sister, announced that her brother a student genius,  has been under excessive pressure to make false confessions on television, after having endured five months under torture. Aida Younesi, Ali Younesi's sister, tweeted: “On Wednesday (September 2, 2020), my brother, Ali Younesi, was told that he can make televised confessions and accept his charges to help commute his penalty to a life sentence.” “After five months of detention, torture in solitary confinement, and general interrogations, he has been under pressure and threats for three weeks to have interviews on the television,” Aida, sister of Ali Younesi, added. https://tinyurl.com/y4hx6hlf

Political prisoner and human rights advocate Narges Mohammadi expressed her protest over the death sentences issued for participants in nationwide protests, including Navid Afkari. In an open letter from the Prison of Zanjan where she is serving her sentence in exile, human rights advocate Mohammadi said the clerical regime’s Judiciary lacked independence. She emphasized: “The regime thinks by tightening the rope around the neck of protesters, could silence the nation’s voice of protest. But the execution of frustrated youths will only add fuel to the fury of the people.” https://tinyurl.com/y2o52mcd

Political prisoner Golrokh Ebrahimi Iraee sent a letter from the notorious Qarchak Prison on the anniversary of the executions of three Kurdish political prisoners, Zanyar and Loghman Moradi and Ramin Hossein Panahi. Describing Qarchak Prison as “the largest women’s prison in the Middle East,” she wrote in this shocking letter, “Life does not exist” in this prison and “this is what could be said in a nutshell.” https://tinyurl.com/y4gsbyqq

Female political prisoners in Sepidar Prison of Ahvaz sent out a message on the anniversary of the foundation of the People’s Mojahedin Organization of Iran (PMOI/MEK), the main Iranian opposition force. In this message, they vowed not to relent in their struggle until Iran is free. https://tinyurl.com/y4n3hyam