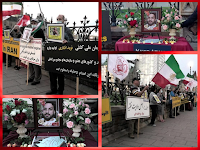 On Wed. Sept 16, group of Iranian supporters of the Iranian resistance NCRI and PMOI/MEK gathered in front of the Parliament and across from Prime Minister's office in Ottawa during a candle light vigil to commemorate Navid Afkari an Iranian wrestler who was executed on Sat. Sept 12. Similar ceremonies were held in Toronto, Vancouver and many cities across US and Europe. Many heads of countries including Canada's foregone affairs, condemned Navid Afkari's execution. 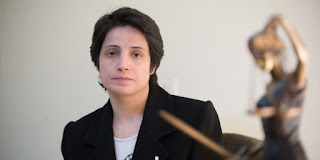 Human rights lawyer Nasrin Sotoudeh has been transferred to hospital from Evin Prison. Having suffered heart problems on Saturday, September 19, 2020, Nasrin Sotoudeh was transferred to Tehran’s Taleghani Hospital. Nasrin Sotoudeh has been on hunger strike since August 11, 2020, and her physical condition is further deteriorating with every passing day. She started her hunger strike in protest to the Iranian Judiciary’s refusal to send political prisoners on leave during the pandemic and the dire sanitary conditions in prisons. Sotoudeh spent three years in prison from 2011 to 2013. She was rearrested in June 2018 and has been imprisoned in the women’s ward of Evin Prison ever since. The 57-year-old human rights lawyer, a mother of two, is sentenced to 38 years in prison and to 148 lashes.

Based on daily reports by the PMOI/MEK People's Mojahedin Organization of Iran, Sunday September 20, 2020, Coronavirus has taken the lives of more than 106,200 in 440 cities across Iran. 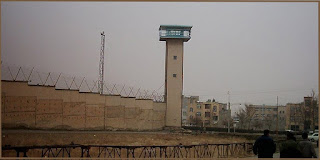 More political activists are being summoned and stand trials, particularly those arrested during the November 2019 protests. Nahid Fat’halain, Nazanin Tousi, Yasamin Hanifeh Tabatabai, Sara Barzegar, Elaheh Jabbari and Mojgan Kavousi who's still on hunger strike are a few that can be named. https://tinyurl.com/y5otmz9t

Four women, Zeinab Hamrang 45, Sedigheh Mosali 55, Aghdas Pour-Eshragh 64 and her sister Soghra Pour-Eshragh, and Khadijeh (Yalda) Imamdoost, 47 are among People's Mojahedin Organizaton of Iran- PMOI/MEK- supporters arrested in recent months who are under torture and threatened with death. Also gentlemen Esmail Kazemzadeh, 61 from Sarab; Vahid Papi, 35 from Andimeshk; and Esmail Namazi, 39 from Behbahan, are among those arrested in June, July and August by agents of the Iranian regime's Intelligence Ministry. https://tinyurl.com/y3s8ewzy