The People’s Mojahedin Organization of Iran (PMOI/MEK) announced on Thursday, October 4, that the number of Coronavirus fatalities in 450 cities across Iran, has passed 116,000. Nader Tavakoli, Tehran’s deputy chief of NCCT(the National Coronavirus Combat Taskforce), told the State TV: “We currently have over 4,300 patients who are essentially in critical condition; about 1,200 of them are in ICUs. Today, Iran University of Medical Sciences has admitted some 46 children. We even have infants infected with the Coronavirus.” 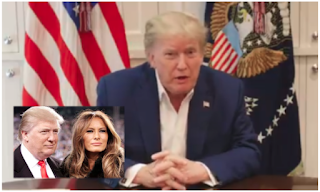 President Trump tweeted on Oct. 2, that he and his wife Melania have contracted Coronavirus. He was transferred to the Walter Reed Medical center by helicopter on Friday. He recorded a video of him self and tweeted that he's doing well in the medical center. His Covid-19 has made the future of the election uncertain. Meanwhile Mike Pence will debate with opponent Kamala Harris next week. Twitter and Face book have warned that they will review posts who have wished Trump, death. 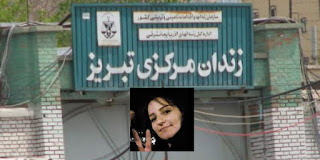 According to Women's Committee of the NCRI, Political prisoner Massoumeh Senobari has contracted the Coronavirus in the women’s ward of the Central Prison of Tabriz. Prison authorities do not isolate or quarantine the inmates who contract the virus. So, other detainees in proximity of the infected inmates risk getting infected. Massoumeh Senobari has bad coughs. She suffers from high fever, sore throat, dry mouth, pain in the lungs and all over her body. Ms. Senobari was viciously tortured after being arrested. She already suffered from blurred vision, fracture of her right leg bone and other physical problems. But prison authorities denied her medical leave. The family of Massoumeh Senobari asked the authorities for a second time to grant her leave for medical treatment. But they did not succeed in getting their request. The clerical regime’s Judiciary has sentenced political prisoner Massoumeh Senobari to a total of eight years in prison. One year for “propaganda against the state,” five years for alleged “membership in the People’s Mojahedin Organization of Iran,” and two years for “insulting Khamenei.” Massoumeh Senobari, born in 1988, is married with one child and lives in Tabriz, capital of East Azerbaijan Province, northwestern Iran. https://tinyurl.com/y6pya9nu 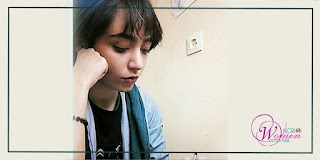 Mina Rad poet and writer from the city of Doroud in Lorestan Province, western Iran has been transferred to the notorious Qarchak Prison to serve her prison sentence. She was summoned to the media and culture court on July 4 where she was tried on the charge of “propaganda against the state” and sentenced to two months in prison and a suspended sentence of 8 months in jail. https://tinyurl.com/yxbrjsns

On September 28, judicial authorities in the city of Sanandaj in Iran-Kurdistan extended the detention order for the environment activist Faranak Jamshidi for a third time. She is presently detained in the Prison of Sanandaj, the capital of Kurdistan Province. She had been previously summoned and interrogated during a wave of arrests of environment activists in autumn 2018. 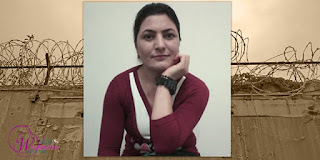 Kurdish political prisoner Zeinab Jalalian is in dire health condition in the notorious Dieselabad Prison of Kermanshah, in western Iran, while dealing with Coronavirus. Health facilities and medical resources in this overcrowded prison are scarce. The women's committee of the Iranian resistance NCRI, reported that: An informed source said Zeinab Jalalian is in dire health condition: “After contracting the coronavirus in Qarchak Prison, Ms. Jalalian’s lungs suffered serious damage due to the absence of medical care. During this period, she was constantly coughing. She has serious respiratory problems.” “Her right eye has inflated, and her vision has been once again impaired,” the source added. Her wrists and ankles are all injured and bruised. The intelligence agents transferring her to Kerman and Kermanshah prisons dragged her on the ground by her hand and foot cuffs. On September 23, 2020, the authorities of Dieselabad Prison initially refused to admit her due to her dire health condition. Eventually, the Public and Revolutionary Prosecutor of Kermanshah intervened to allow her in the prison. https://tinyurl.com/yxlapdmd
Posted by Radio Irava at 11:24 a.m.