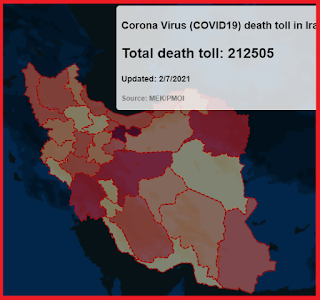 The People’s Mojahedin Organization of Iran (PMOI/MEK) announced on Sunday, February 7, that the Covid-19 death toll in 480 cities across Iran had exceeded 212,500. 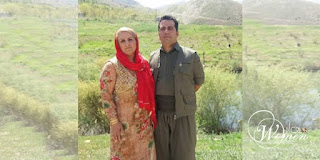 Agents of the Ministry of Intelligence broke into the house of Ms. Roya Jalali and arrested her on February 2, 2021. Presently, there is no information available on the reason for her arrest or her whereabouts. Ms. Jalali is a Kurdish activist with two children. She suffers from MS (multiple sclerosis). Her husband, Khabat Mafakheri, is an environmental activist in Sanandaj who was temporarily freed on bail after four months of detention on January 7. In another development, agents of the Department of Intelligence of Zahedan arrested Rahimeh Kord Tamimi at her home on January 30, 2021. She was taken to the Prison of Zahedan. The reason for her arrest is said to be her continued contacts with her husband who is a political activist. Ms. Tamimi was detained in the quarantine of the Department of Intelligence of Zahedan for 24 hours and subsequently taken to the women’s ward of the Prison of Zahedan. She had been arrested six months ago, but since she was pregnant, she was released on bail. Now, her five-month-old baby is being taken care of by her father. Kurdish prisoner Azimeh Nasseri has been relocated to the women’s ward of the Central Prison of Urmia after 25 days of interrogation, on February 3, 2021. Ms. Nasseri has called her family several times from detention but could not talk very much. Azimeh Nasseri was arrested on January 9 during the wave of arrests of Kurdish citizens. Plainclothes agents posing as repairmen went to her house in Bukan pretending to fix the gas pipes, but they arrested her. The Iranian regime has launched a wave of arrests of activist women in cities across Iran in recent months, to escalate repression in society and prevent the outburst of dissent and protests. 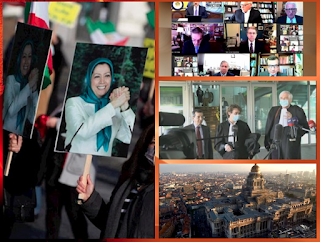 On Thursday Feb. 4, a Belgium court 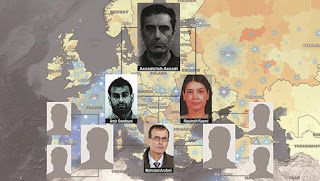 sentenced Assadollah Assadi an Iranian regime's diplomat to 20 years in prison for plotting a terrorist attack on the annual gathering of Iranian resistance NCRI in summer of 2018 in Paris. Assadi along with 3 of his accomplices tried to bomb the gathering of over 100 thousand people. American, Canadian, European as well as delegations from Arabic Countries and Iranians from all walks of life from around the world were present at the gathering. Mrs Rajavi the president-elect of the NCRI(National Council of Resistance of Iran) was the main target. Assadi was sentenced to 20 years, Nasimeh Naami to 18 years, her husband Amir Sadouni to 15 years and Mehrdad Arefani to 17 years in prison. In the last 40 years of Iranian regime's terrorist activities around the world and especially is Europe, this is the first time that an Iranian regime's official diplomat is arrested and convicted. 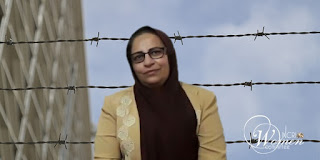 Political prisoner Zahra Safaei is in dire health conditions, as the prison’s warden, Soghra Khodadadi is preventing her urgent dispatch to a civic hospital. Zahra is experiencing severe pain in her kidneys which discharge protein. She needs to be urgently visited by a doctor at a hospital and receive treatment. Soghra Khodadadi, the notorious warden of Qarchak, has told her that she would not allow her dispatch to any facility outside the prison compound, until her sentence is issued. It is believed that Soghra Khodadadi's intent is to kill this political prisoner by denying her medical treatment. https://tinyurl.com/yxewavgt 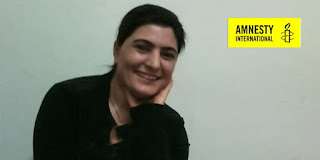 Amnesty International issued an urgent action on February 1, expressing concern over the fate of political prisoner Zainab Jalalian, and said in its statement, “Ministry of Intelligence agents are torturing Iranian Kurdish woman Zainab Jalalian by deliberately denying her health care to coerce her into providing a videotaped "confession". This intentional denial of health care is causing her severe pain and suffering, particularly as she has serious medical conditions, including post-Covid-19 breathing difficulty.” Zeynab is serving her life sentence in Yazd prison, 1400 km away from her family home, following a grossly unfair trial in December 2008 that lasted a few minutes without her lawyer's presence. https://tinyurl.com/y5y9pmlh
Posted by Radio Irava at 11:41 a.m.